Home/Family/Learning to Believe
Previous Next

It was 1976.  We sat in the psychologist’s office going over the tests they had just performed on our daughter, then four years old.   They told us she was mentally retarded.  They told us she would never be able to succeed in life.  I remember the last phrase the psychologist said to me “Go home and learn to cope with a hyperactive child.”  I cried myself to sleep that night.

As a mother, I saw times my daughter sat in a corner, displaying ticks; I saw times she was unable to concentrate; I saw times that she couldn’t count.  But I also saw sparks of intelligence.  Every day, there were glimmers of normalcy.

This is a story about the journey from a sickly child to a young woman who has the confidence to travel the world with her 9 year old daughter and husband.  This is the story of going from being classified as mentally retarded to a successful nurse and mother.  It is the story of a miracle.

But more importantly, this is the story of a child’s mother and father who took the very long journey in believing in themselves and their own instincts as parents.  We hope that this blog will help other parents in their journey.

When our youngest daughter was born in 1972, she was the smallest of all our babies.  She was only 5lbs 6oz.  Immediately after birth, we discovered she was sickly.  Projectile vomiting was a common occurrence after she ate.  She failed to thrive and was below the bottom of the height and weight charts.  We learned to keep her very still after a feeding.  She had constant ear aches and ear infections.  Because of an off-handed remark by the doctor, we took her off milk and she began to improve. No more ear infections.  But at 2 years of age, I gave into her tantrums and allowed her to have milk again.

At age three and one-half, she began to display other problems.  She was hyperactive, unable to learn, and displayed odd grimacing.  One day at the doctor’s office she began writhing on the doctor’s examining table.  The physician thought she might have epilepsy and ordered a neurological test.  However, tests indicated nothing was wrong. If it was not physical then it must be psychological. So on to a psychologist.  The pronouncement by the psychologist was devastating.   She appeared to be destined to be in a special classroom for the rest of her schooling.

I don’t know what drove us to not accept that devastating pronouncement.  But perhaps it was that glimmer of normalcy we saw. Perhaps it was the pronouncement by the psychologist that the ticks were a “ploy for attention,” something we didn’t believe.  The diagnosis angered and challenged us.

In the 1970s, the question about diet and brain function was barely being studied, and not by the traditional doctors. A few, like Fiengold, were studying the relationship of food dyes with behavior and learning. The idea what a child ate might make him/her hyperactive or unable to learn was generally not accepted by traditional medicine.  Those who studied these phenomena were classified as quacks. That was the world we lived in.  Inundated by that philosophy, we were suspicious of the whole concept that what you ate could affect your brain.

Remembering  she improved after going off milk, we decided to go to Dr. Dickey in Colorado.  He was studying food and chemical allergies and could test for those allergies. We decided to have all our children tested.   All were allergic to milk and the youngest could not tolerate milk, wheat, or corn.

Learning to believe in your own instincts, when society says something is not a reality, is sometimes hard.  When I took my youngest daughter to a doctor after seeing improvement after going off milk, wheat, and eggs, he looked at her quickly.  I explained her improvement. His answer, the improvement was just a placebo.

That was a turning point for me.  As I drove home, I was angry at the dismissal, but I began to believe in myself and MY observations.  I was the mother and observed this child 24 hours a day.  How could a doctor who saw her for 15 minutes pronounce what I observed was irrelevant.  Then I decided,” So what if it was a placebo, it was working.”  What was important is improvement, not how the improvement occurred.  I was grateful for even a slight improvement and I never believed it was a placebo!

Our daughter finally entered the school system, in a special classroom. At seven years of age, learning was sporadic, she was either listless or hyperactive, and ticks persisted.  The teacher wrote “Kerri whined a lot during a normal school day.” She never belonged to a group.  She grimaced often and was frequently withdrawn. She would sometimes giggle at inappropriate times, and her hair was always unruly.”   With respect to learning, the teacher wrote, Kerri was always inconsistent in letter and sound recognition.  Kerri was never able to correctly isolate and pronounce short vowel sounds. Her handwriting was untidy.

Because of the grimacing, we attempted one more time to find the cause. This time the neurologist diagnosed her as having Tourette’s syndrome.  He explained the way to control the ticks was a drug called Haldol.  That day, she sat on the Doctors table with tears flowing out of her eyes.  I asked myself, is it time to just accept.  But something inside us said. Don’t put her on that drug because of the side effects.  But her despair about ever learning to read broke our hearts.  We were torn.

Shortly, thereafter, we learned from a friend about a Doctor in Oklahoma City who tested for food and chemical allergies.  I called and he immediately recognized the word Tourette’s which my own physician had not heard of.  He sent me articles about how he had helped people with depression, epilepsy, and other problems.  In addition, he told us his experience with Tourette’s.  I was told I would need to stay a month and no insurance would cover the testing.  We felt like this was our last hope.  We bundled her up and I drove to Oklahoma City under the suspicion by many that we were desperate and going to any lengths, even spending our hard earned funds on a quack.

There we fasted for a day and then began the testing, one food at a time. The testing required pricking her finger for blood sugar tests every time she ate and observing her behavior before and after she ate.   I decided to do an experiment and have her read and write before eating and then after eating.  What I discovered was she could read and write fine before eating, but after eating some foods, she was unable to read, consistently write her ABCs, and was sometimes hyperactive.   Sometimes she was even showed dyslexia, writing her name backward. 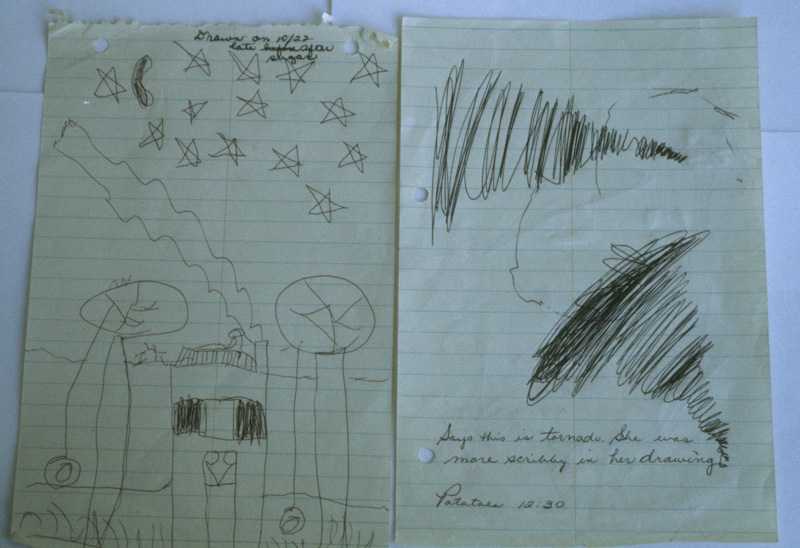 Before and after eating potatoes. 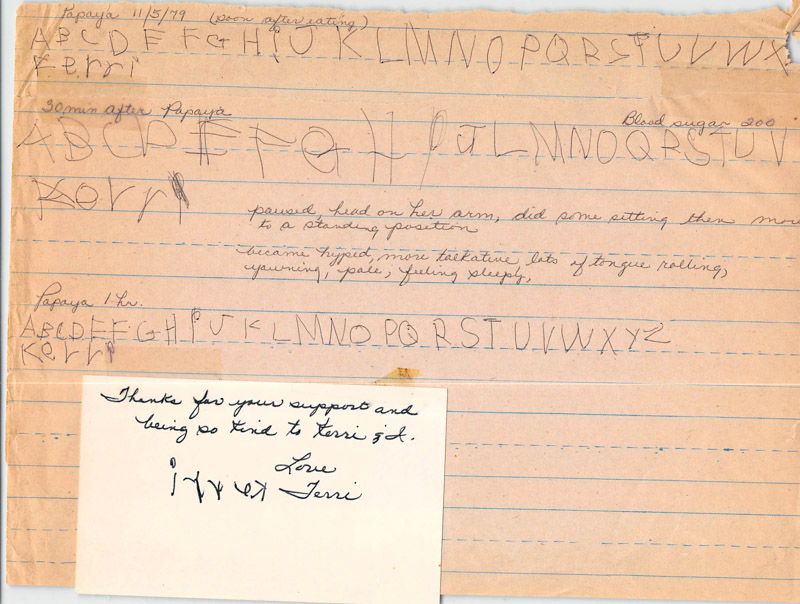 Before and after eating Papaya 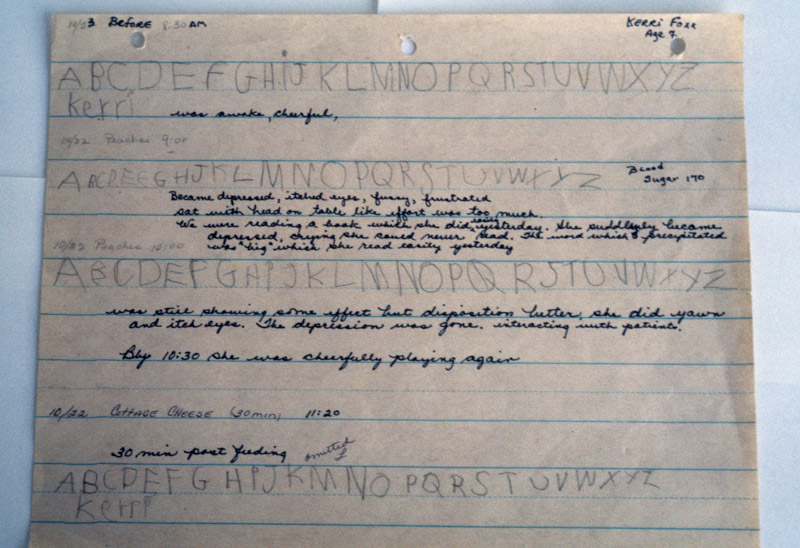 Before and after eating peaches

After spending a month, we found she had many chemical and food allergies. We came home a worked on a rotation diet and kept her away from certain chemicals that caused problems.   At 7, she self-regulated because she felt so much better. She refused to eat those things that made her feel bad.  Within a month she went into a regular classroom part-time and the next school year full time.  There she stayed until she graduated from high school, in the upper 10% of her class.  She went on to college, became a psych nurse, and eventually a diabetes educator nurse.

Today she is on a two year, around the world trip. The other day, I saw her teacher from that special classroom in 1979.  She follows our daughter’s travel blog and said “You know neither of us would have believed this was possible over 30 years ago.”

Every time, I see her on her round the world adventure I am amazed and believe we had a miracle. She is happy, adventuresome, and most of all healthy.  For that we are grateful. 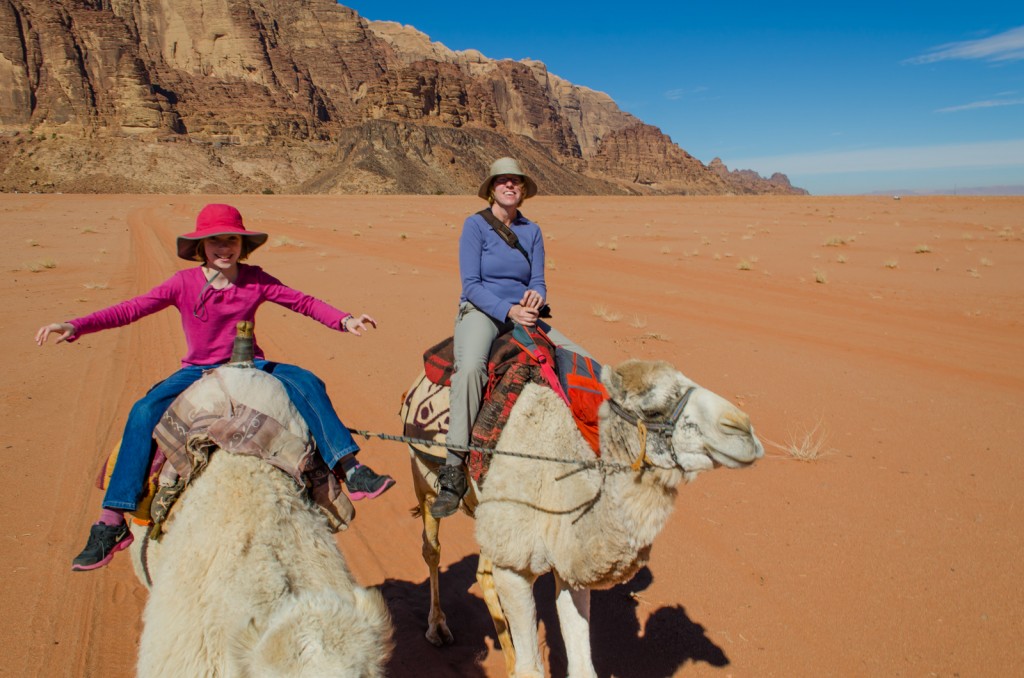